I have seen the Lord 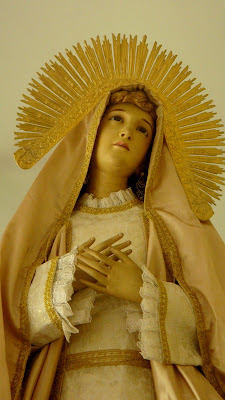 Early Easter Sunday morning, I awoke at the sound of fireworks in our parish. In my country, we have a tradition called “salubong” where an angel unveils Mother Mary’s face and encounters her Resurrected Son at dawn.

My ears strained for more like church bells and the choir singing but there was a deafening  silence after the “salubong”. The thought excited me, perhaps Jesus wanted to surprise me.

I greeted the Lord and spent time with Him in the Scriptures, He immediately brought me to read Aaron’s page where he talked about facing death.
http://www.aaronoutward.com/2011/04/why-leukemia-was-best-thing-to-happen.html?utm_source=feedburner&utm_medium=feed&utm_campaign=Feed%3A+AaronOutward+%28Aaron+Outward%29&utm_content=FaceBook

It was a good reflection that stayed with me the whole day.
We celebrated the Easter Mass at 10 and my family spent time in the mall. Towards the end of the day, I watched Korina’s rated K episode of the “Our Father”.  It featured sundry stories of faith and hope that usually came after an experience of an uphill situation in one’s life.

Aaron wrote in his page that we don’t need an illness to change, we could change even without it. I agree but I suppose that  we all need a STRONG experience of God in our lives in order to fully recognize Him (not necessarily an illness,as it may take other forms)...

A particular conversion story struck me and it was his question that reverberated the whole Holy Week. “Why?” “Why me?”… I don’t have a ready answer for that question… but later on as we reread our hiSTORY then we are able to see the light.

He grew up without parents. The  street was his home. He scavenged for food and slept on a small piece of carton at night for many years. Filthy and unrecognizable, this man soon started stealing which led him to kill. He stayed in prison at a young age and bullied the other prisoners around. He was the “king” until he got sick with TB...

He met God in his sufferings and vowed to serve Him.
It was on His 27th birthday that he received news of his release, “Happy Birthday… from Jesus” was written on his cake.

His ministry soon took place in the form of preaching. He visits prisons, shares the Good News to them and how he has experienced transformation during his prison term.

God never fails to amaze me with His great love for us.

I encourage you to ask “WHY?”…”Why me?”…then please, please share your story… 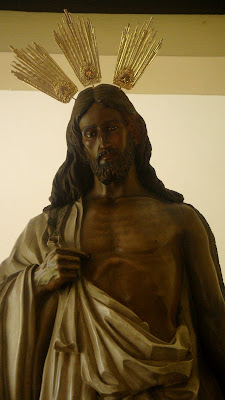 and we're never the same after that...

Posted by Melissa Tandoc at 6:20 AM

Most High, Glorious God,
enlighten the darkness of our minds.
Give us a right faith, a firm hope and a perfect charity,
so that we may always and in all things act according to Your Holy Will. Amen.

Melissa Tandoc
Philippines
LOVE ~ everything is in there... my heart, my life, my breath, my soul ~ everything I am and should be in God's grace.

Pray Liturgy of the Hours at Breviary Hymns

Find out more about me at:
Vishnu's Virtues ~ click here

We Have A Story Posts